You have your Firefox passwords in a CSV file and would like to import them into Firefox.

Since you're using Mozilla Firefox to surf the web, your passwords are stored inside it. This is convenient because if Firefox knows your passwords it can log you into websites automatically.

If you are replacing your desktop or laptop computer you may want to take your Firefox passwords with you.

When you export Firefox passwords you end up with your passwords stored in a CSV file. The file that has exported passwords is usually called logins.csv. It is located somewhere on your computer (by default in your Documents folder), unless you moved it to a USB stick or external USB drive.

To import passwords to Firefox, enable the Firefox file import feature (if not already enabled), go to the password configuration section, and upload the CSV file with your passwords.

How to import passwords to Firefox

This importing passwords to Firefox procedure was written for the Firefox browser version 89.0.2 and it should work for all Firefox 89 and later versions.

To import passwords to Firefox follow these five steps.

Start a Firefox web browser on your computer. 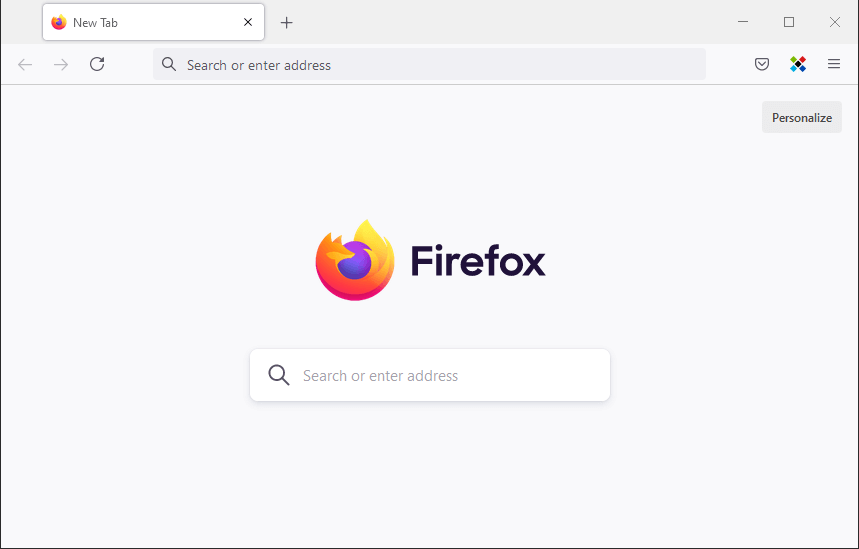 3) Click on three horizontal dots and select "Import from a File..."

On top right, click on the three horizontal dots (Step 1).

NOTE: If you don't see the "Import from a File..." option, you have to enable this feature first. 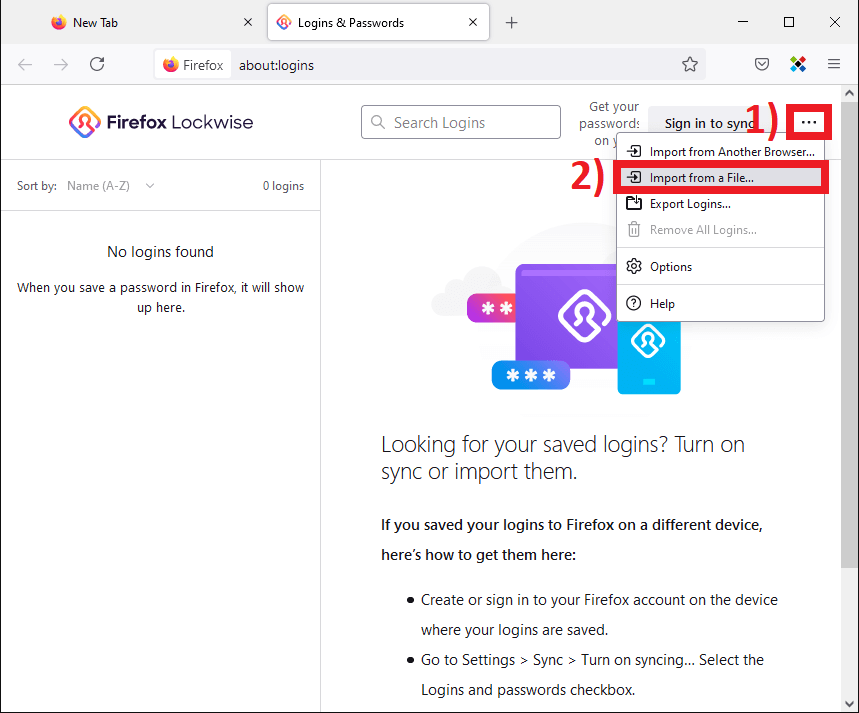 Click on three horizontal dots and select "Import from a File..."

If you didn't change the default file name when you exported passwords from Firefox, the file that has your passwords is called logins.csv. It may be located in your computer Documents folder, unless you saved it somewhere else.

Locate the file with Firefox passwords, select it, and click on the "Open" button. 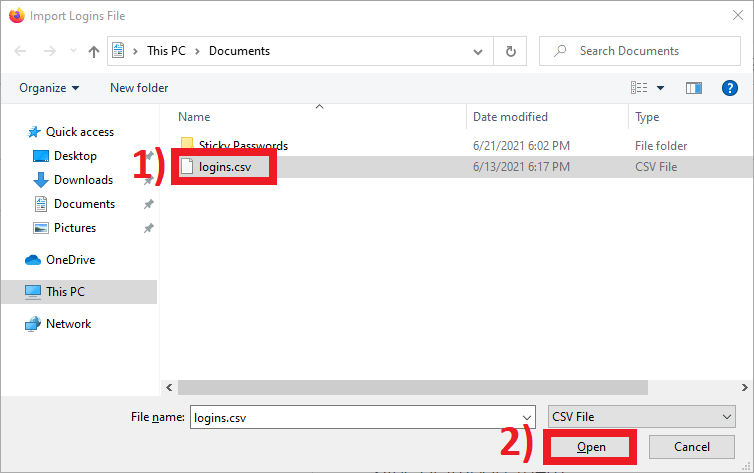 Firefox will show you how many new logins (with passwords) it added, how many existing logins it updated, how many duplicate logins it found, and any errors from the password-import procedure.

Check that everything looks correct and click on the "Done" button. 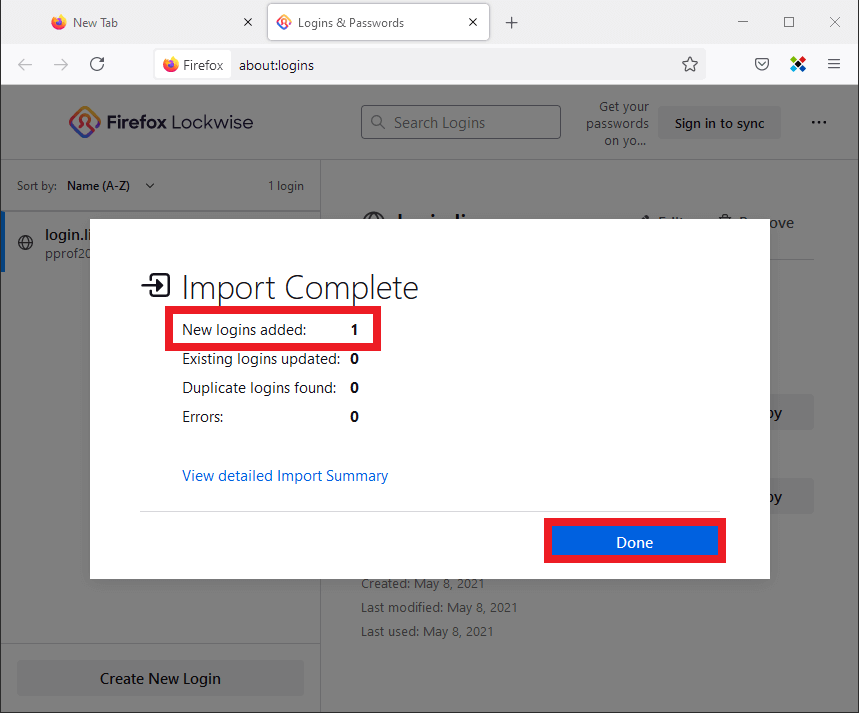 Check that everything looks as expected

You have successfully imported your passwords from a file on your computer to Firefox. 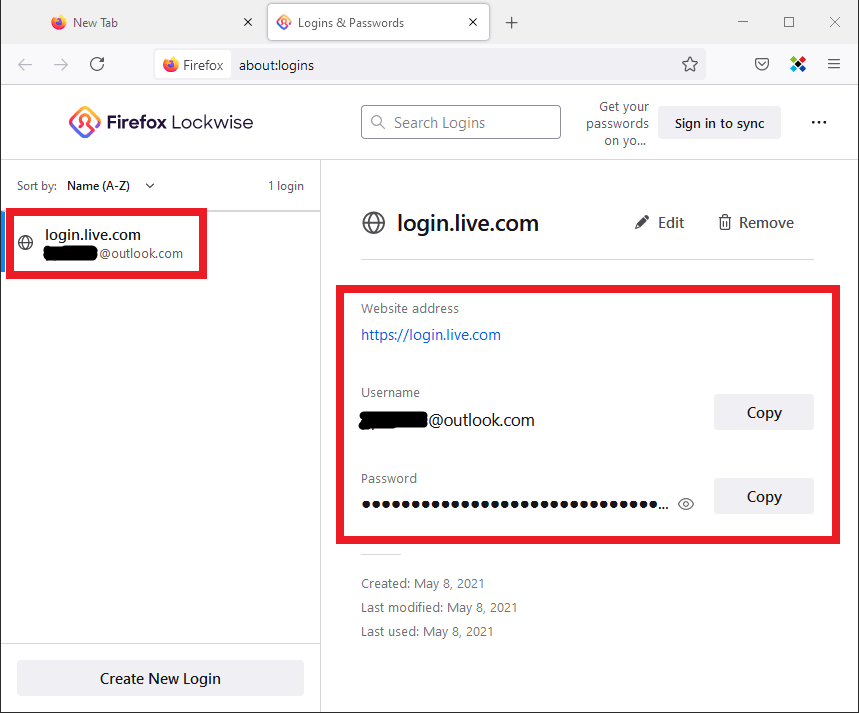 Passwords were imported to Firefox

Is there a better way to manage passwords?

Yes, there is. You could be using a password manager.