You have your Chrome passwords in a CSV file and would like to import them into Chrome.

Since you're using Google Chrome to surf the web, your passwords are stored inside it. This is convenient because if Chrome knows your passwords it can log you into websites automatically. If you are replacing your desktop or laptop computer you may want to take your Chrome passwords with you.

When you export Chrome passwords you will end up with your passwords stored in a CSV file. The name of the file that has exported passwords is usually Chrome Passwords.csv, and the file is located somewhere on your computer (by default in your Documents folder), unless you moved it to a USB stick or external USB drive.

You can import passwords to Chrome by enabling the Chrome import feature, opening the password section in configuration options, and uploading the CSV file with your passwords into Chrome.

How to import passwords to Chrome

To import passwords to Chrome first turn on the Chrome password import feature and then import the passwords into it.

It is not complicated and you can get it done by following the guide below. I tested it with Google Chrome version 87.0.4280.141 and it should work with all Chrome 87 and later versions.

To import passwords to Chrome follow these eleven steps.

Start Chrome on your computer. 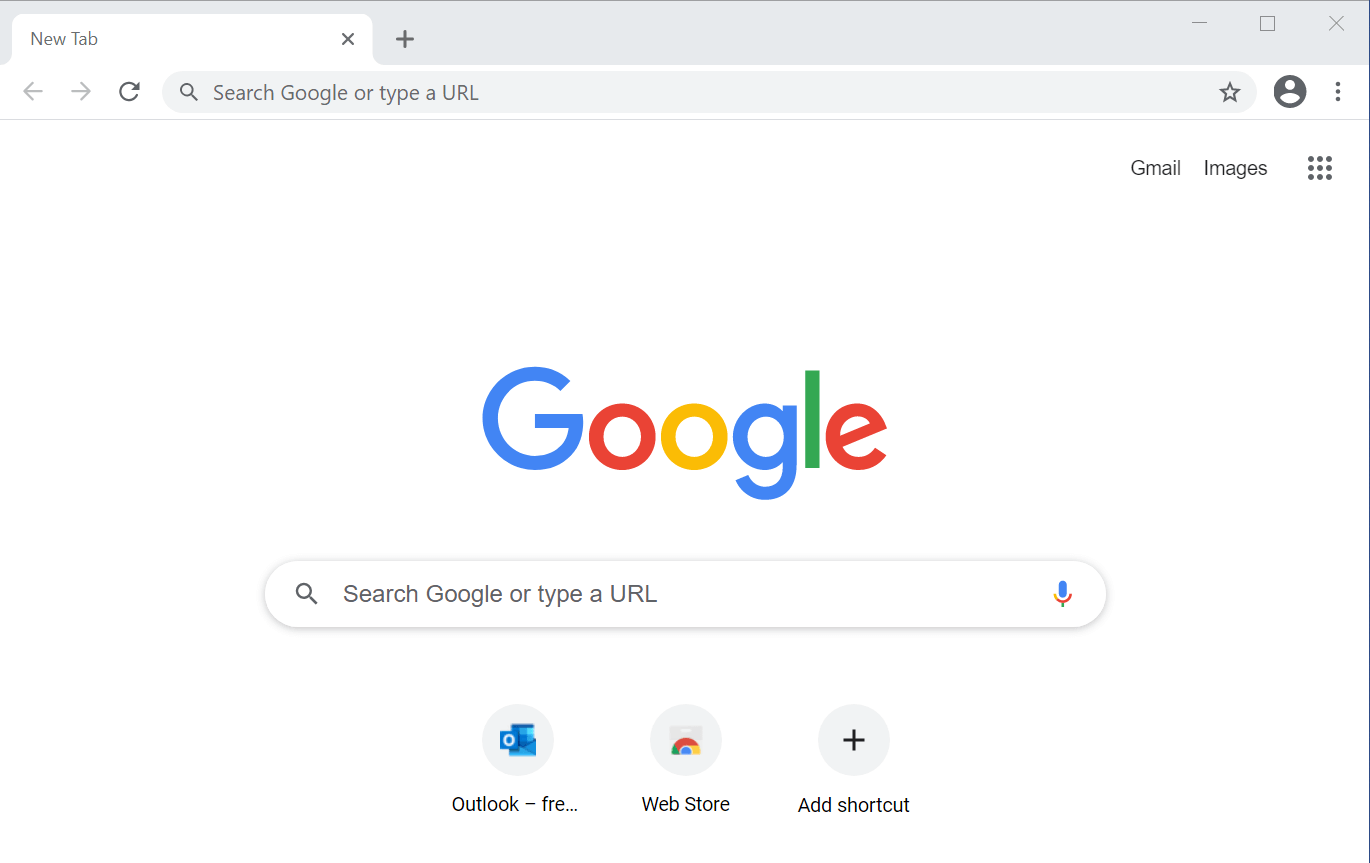 You first need to enable Chrome's password import feature. It is marked "experimental", meaning the feature exists but for some reason it is disabled. Sometimes before they are made available features require more testing or don't yet have all their functionalities optimally working. 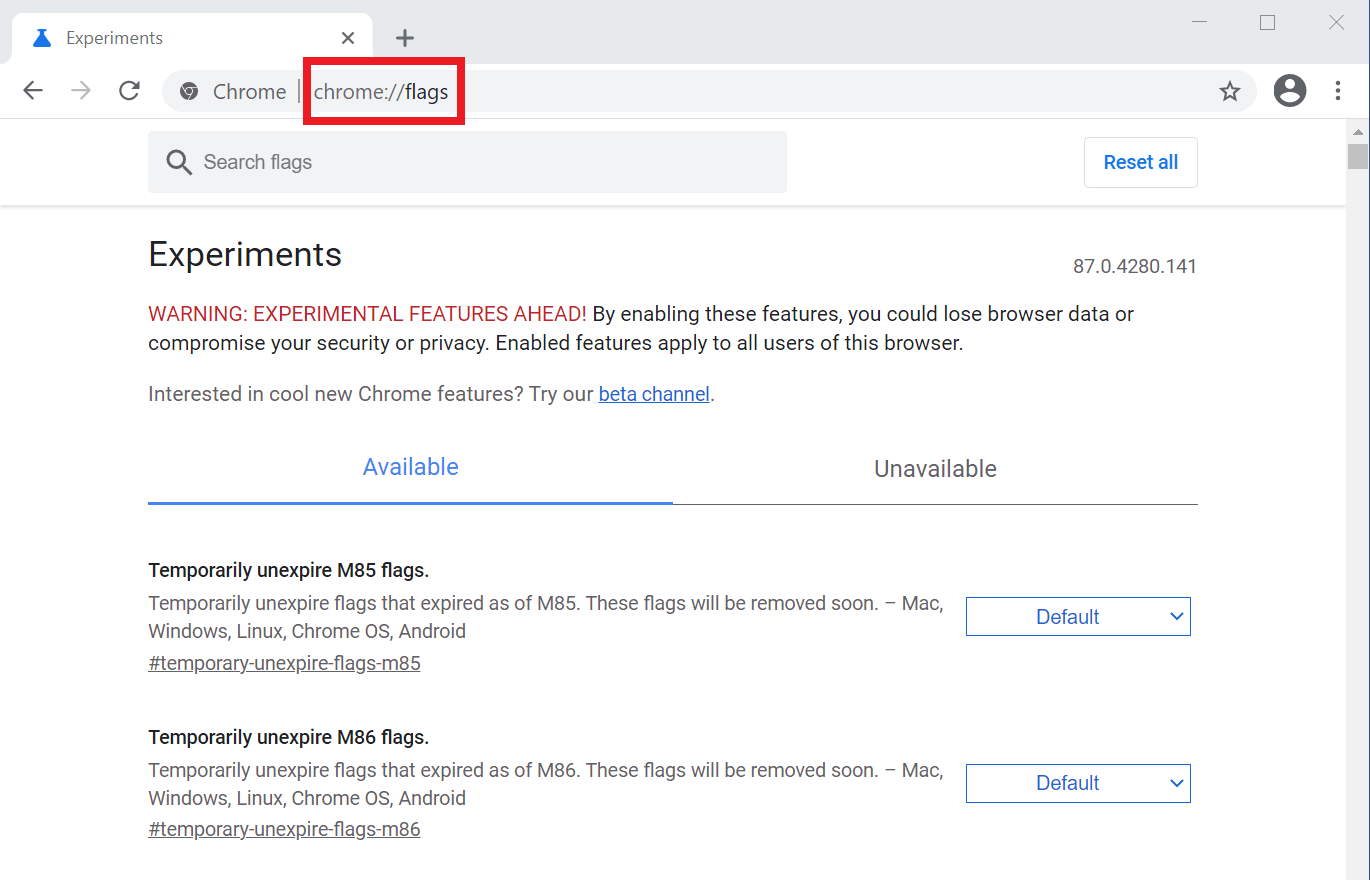 You're now in the "Experiments" Chrome configuration section.

You should now see the "Password import" Chrome feature. To the right of it there is a pull-down menu. Select Enabled. 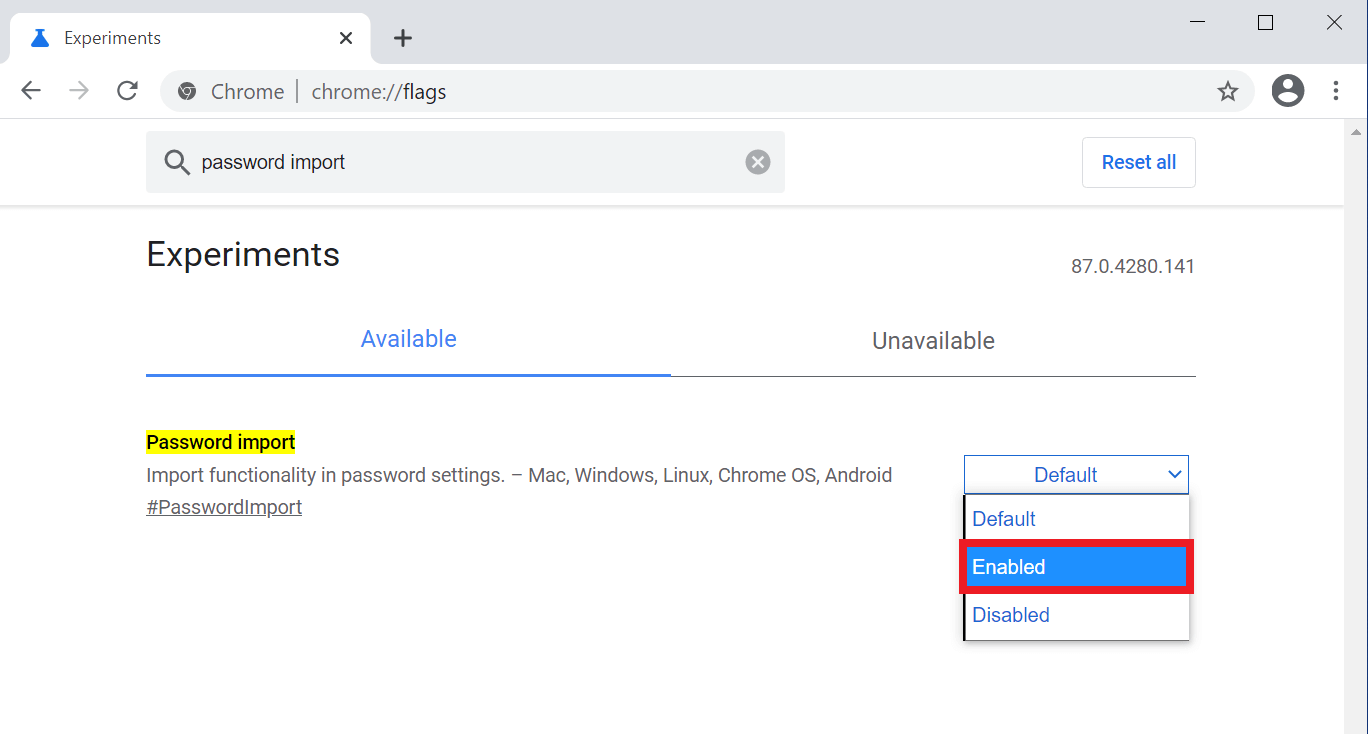 After enabling the password import feature, you need to restart Chrome. Click on the "Relaunch" button on the bottom right. 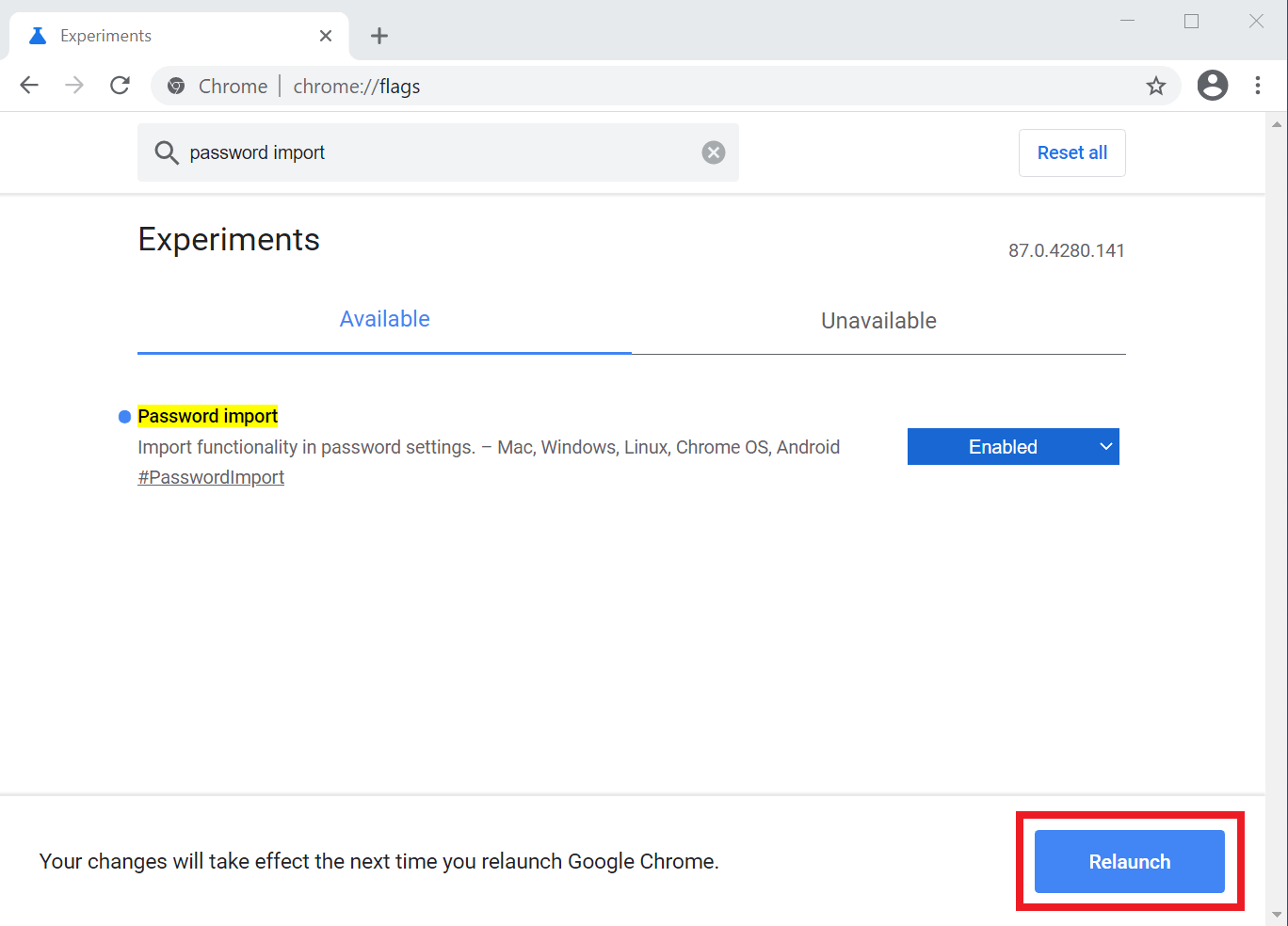 After Chrome restarts double-check that the Password import feature is enabled. 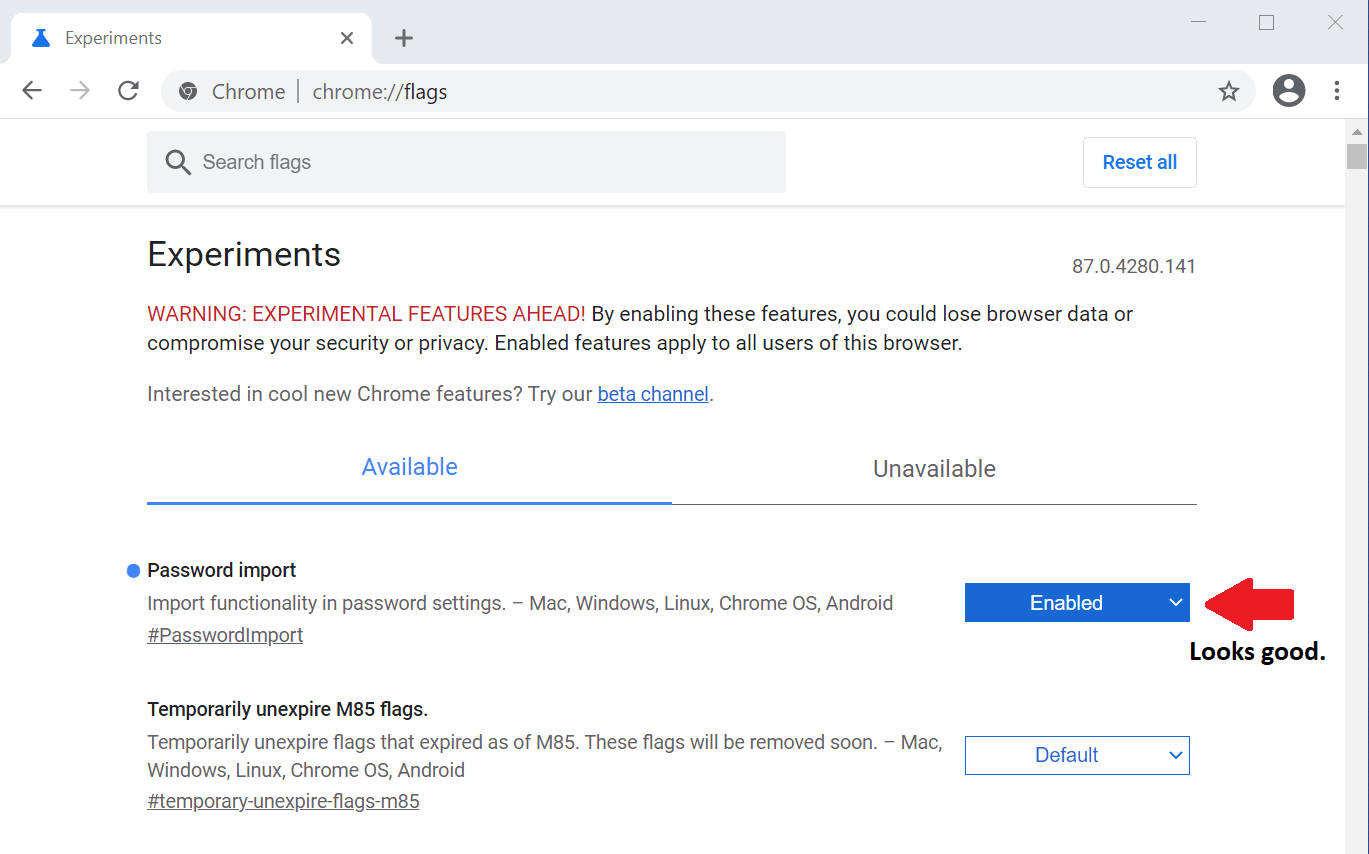 At the top right of Chrome, click on the Profile icon (Step 1). 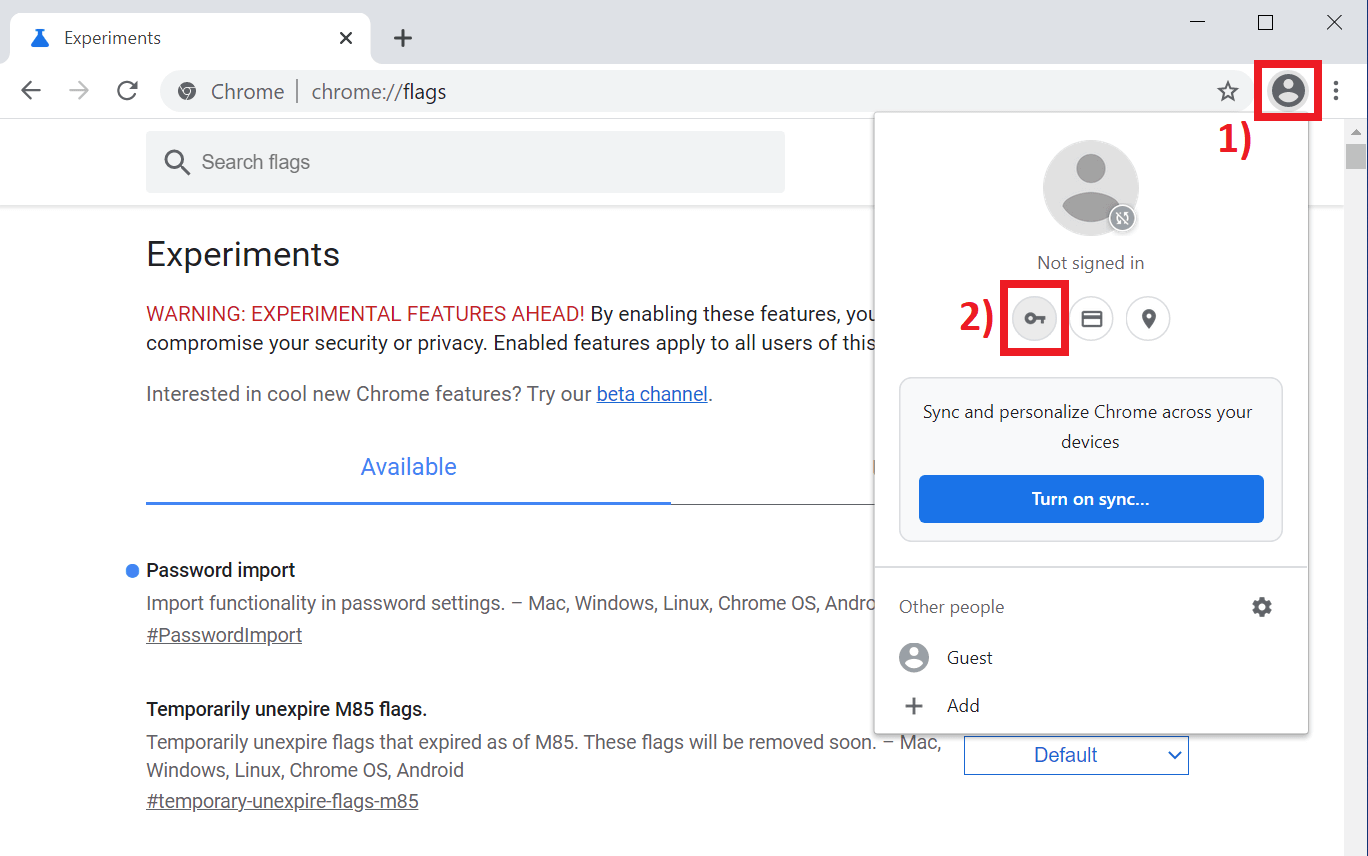 You are now in the password settings section of the Chrome configuration. Next to "Saved Passwords", click on the three vertical dots.

Important: Importing passwords from a file on your computer into Chrome will overwrite any existing entries with the same username and password for the particular website. 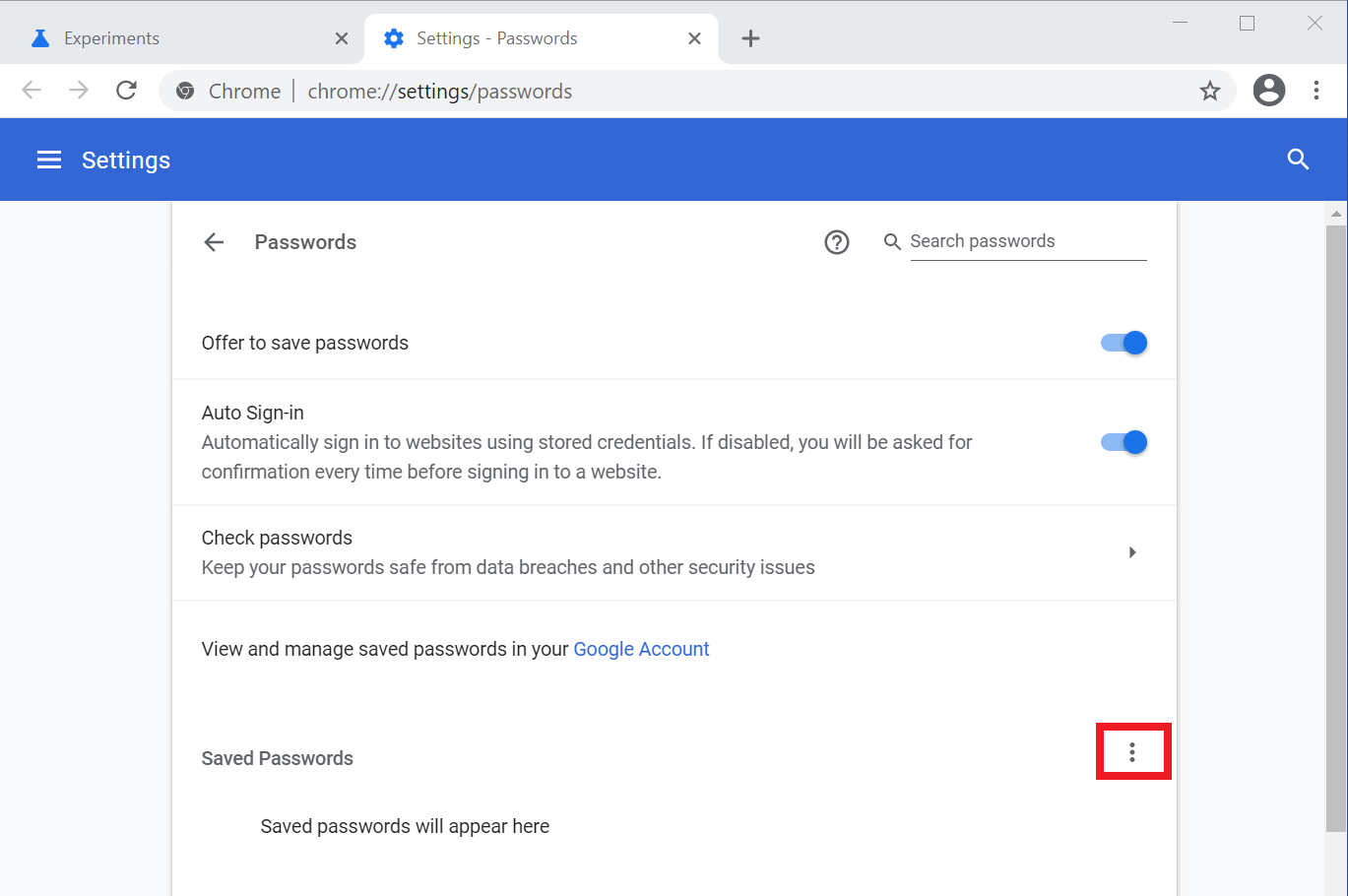 9) Select "Import" from the pull-down menu

After clicking on the three vertical dots, a pull-down menu will open. Select "Import". 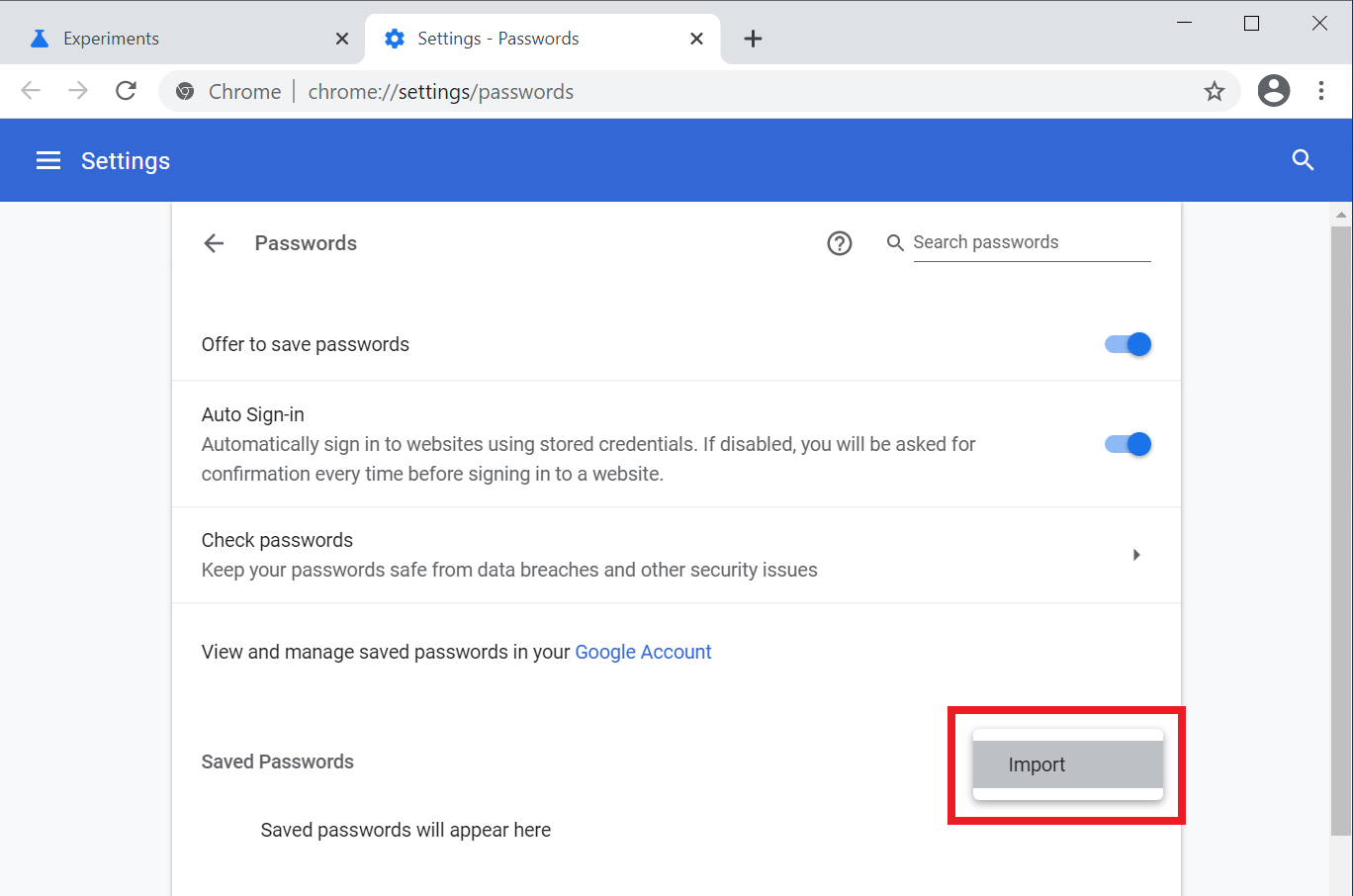 Select "Import" from the pull-down menu

If you didn't change the default file name when you exported passwords from Chrome, the file is called Chrome Passwords.csv. It may be located in your computer Documents folder, unless you saved it somewhere else.

Locate the file with Chrome passwords, select it, and click on the "Open" button. 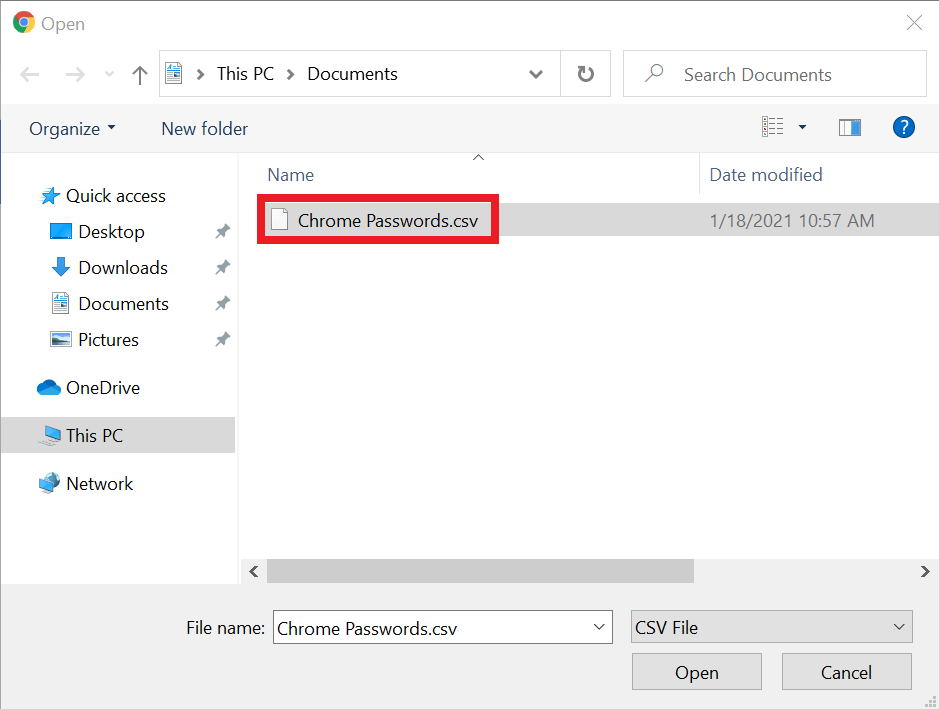 You have successfully imported your passwords from a file on your computer into Chrome. 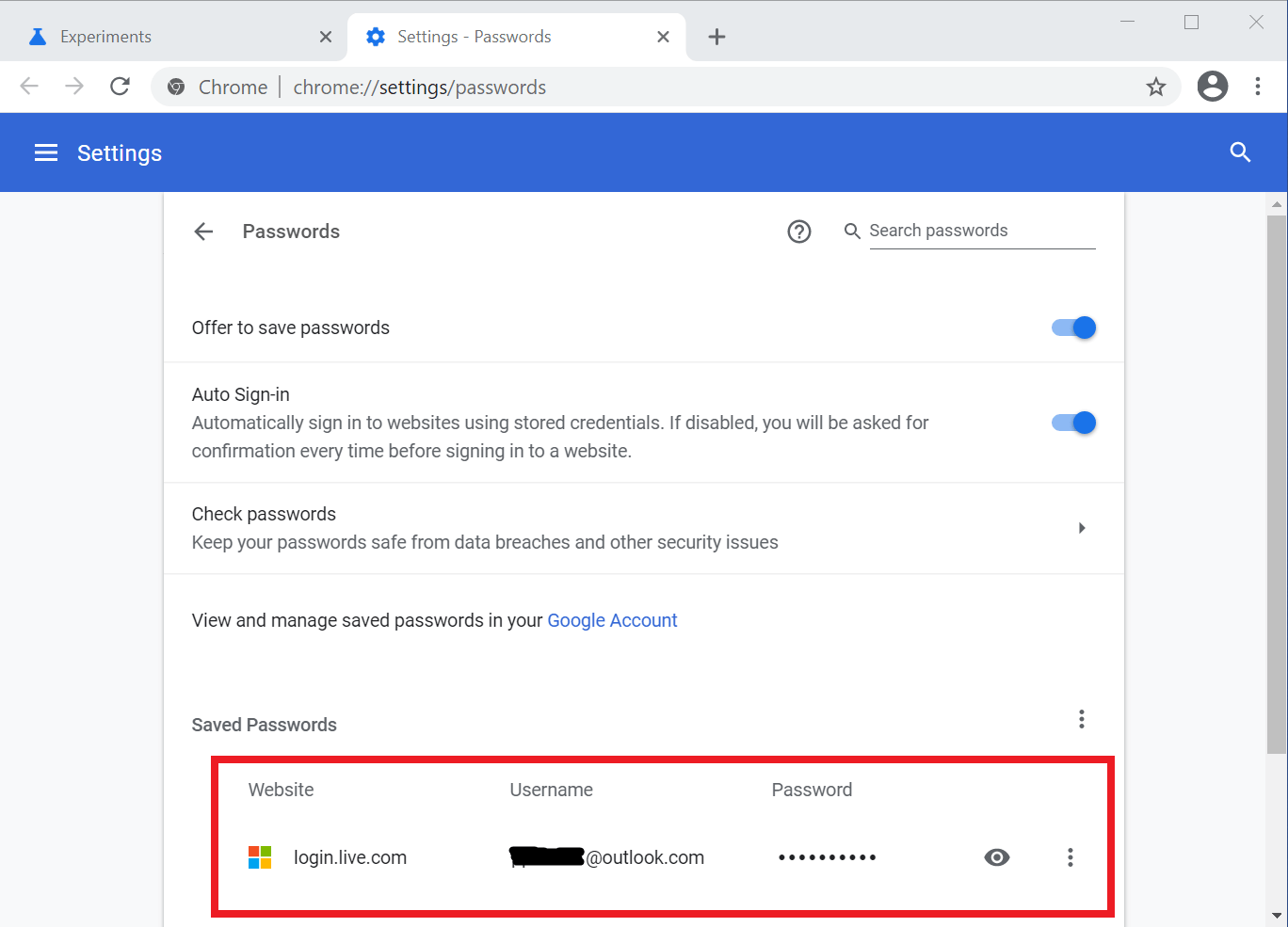 Is there a better way to manage passwords?

There sure is. You could be using a password manager.